The day this post comes out marks the one day of the year where we celebrate the land we walk upon. We ignore it the other 360-something days, but not today. Today is special so we can celebrate Earth and all of its wonderful natural resources.

But sadly today is not special. Today is just another ordinary day. Blah.

I of course mean I can guarantee you that somewhere in the United States, right now, we are experiencing drought or flooding conditions. Duh. Everybody knows that. That’s just the way it is.

But here’s the exception: it doesn’t have to be this way. Both drought and flooding have a common culprit – water. Absence or excess. I am here to show you that we can buffer against these extremes with good responsible practices in how we handle stormwater runoff. If you think about it, so much of the United States is developed and utilized in some manner. Whenever something is developed, it is designed to do something with stormwater. That ‘something’ is usually to direct it to the nearest creek, ditch, or ravine as quickly as possible.

And then we wonder why we have flooding – seemingly more often than we used to.

And then we wonder why we have drought conditions – seemingly more often than we used to.

Implementation of responsible practices on a large scale can reduce the severity and frequency of both flooding and drought. And I’m here to share some simple but awesome strategies to get us started on this path. As an added benefit, these strategies also enhance the immediate landscape in which they’re implemented. Double awesome. 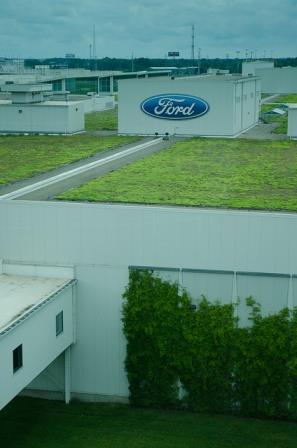 “When the new plant is finished, it will have a green roof capable of holding two inches of rainwater, and porous parking lots that can also absorb and store water. Then the storm water will seep into a constructed marsh for purification by the plants, microbes, fungi, and other biota that live there. From the marsh the water will travel through swales – ditches full of native plants – on to the river, clear and clean. The storm water will take three days to seep to the river instead of heading there at once in a fierce, messy, washout requiring quick, drastic measures. Instead of simply being a huge invisible liability, storm-water management is treated as a visible and enjoyable asset. The eco-effective approach cleans the water and the air, provides habitat, and enhances the beauty of the landscape while it saves the company a great deal of money – as much as $35 million by one estimation.”

Many states, cities, and corporations are experiencing pressure from the Environmental Protection Agency for their sewer systems and stormwater handling, and rightly so. Most urban areas were not designed to handle the levels of stormwater runoff they are currently experiencing. Many runoff systems are designed in connection with the sewage system, meaning both stormwater and sewage are treated together at a sewage treatment facility.

Yet with more impervious surfaces now built than can be handled by the sewer systems, the sewers go into overflow mode during large events. This means raw sewage and water pollution goes directly into our waterways without any level of pretreatment.

This series of posts outlines strategies that can be implemented on a large scale to help prevent complete overhaul of our sewer systems.

For the business, these strategies are useful for enhancing the lives of their employees and customers. These strategies could possibly make a business eligible for local tax incentives or avoid federal penalties through assistance in reducing runoff or irrigation consumption, since many local areas are receiving increased pressure from the EPA.

If these stormwater mitigation strategies described in the next posts are implemented on a national scale in the United States, it is certainly possible to relieve many problems we are currently experiencing.

Across much of the nation, we witness large rain events that cause massive erosion and flooding. In fact, our largest ‘export’ from the United States is topsoil, courtesy of our current design for handling stormwater. The USDA estimates an average of nearly 3 tons of topsoil per acre are lost per year in the US1. This means we are depleting our soils of nutrients at an alarming rate. Since such a huge percentage of the land in the United States is privately owned and serves some form of human use, we can certainly impact how quickly water reaches our rivers and oceans – as modeled by the Ford Motor Company. There are several strategies that are surprisingly simple in concept and implementation that can be used to slow the transit of water from sky to sea as it crosses our land. These strategies thus help to prevent erosion and flooding by slowing the escape of water to the ocean.

Another primary issue in the western and southern states is the availability of water at all. We are currently irrigating in a non-sustainable manner, draining rivers and aquifers to feed large monoculture plantations with ‘well-draining soil’, along with endless expanses of lawns and ornamental plantings that aren’t designed as a self-sufficient system. To me, this sounds like a design problem. The tactics we will cover – partnered with responsible and conscious design – can allow active or passive irrigation to the landscape without depleting our rivers and aquifers. In fact, if done properly, they help replenish our groundwater reserves and allow steady, timely runoff into our rivers.

We can adequately design for sustainable agriculture systems and attractive residential areas if we do so responsibly. Yes, I’m saying we can have our water and drink it too. By holding water in retention systems and appropriately designed earthworks coupled with appropriately designed plantings, we allow water to infiltrate into the soil and remain in the soil for an extended period of time. In an appropriately designed system plantings will shade the soil, build organic matter to enrich the soil, and anchor the soil with their root structure. In turn, water will provide moisture for the plants to grow, regulate temperature with its moisture, and remain in the soil for longer periods in such a system.

Some areas actually have regulations preventing rainwater harvesting in order to help feed the rivers. Such regulation is not only misguided but actually increases the problem. The higher in a landscape the water is held, the longer it stays in the system and the more efficiently it is used.

Let’s take for example two scenarios where water falls onto a roof and compare its effect upon the landscape.

In the first example, a raindrop named Poseidon falls onto a roof along with millions of his siblings. Poseidon loves the idea of being one with the ocean. He quickly washes into the gutter and races to the downspout. The downspout sends him halfway down the lawn, where Poseidon quickly makes his way downgrade to the street gutter. From there, Poseidon finds there is quite a bit of competition to get to the sewer first. He and all of his raindrop buddies are pretty dirty by now, and he’s even met some little sewage friends. However, Poseidon wastes no time and is soon on his way to the wastewater treatment facility. But it’s a busy day and he channels through the combined sewer overflow along with some of his sewage friends and into the local drainage creek. Its banks are already brimming with energy from this storm surge, so from here on out Poseidon has it easy. It isn’t long before he meets up with a large river choked brown with silt and high enough to carry trees downstream. A few days later, Poseidon is lucky to have discovered he is not in the Colorado River drainage and his new friends have finally reached the ocean! It took a little while, but he knows some raindrops weren’t as lucky and soaked into the soil. But after all, his name’s Poseidon, god of the sea.

In a parallel universe, another raindrop named Demeter falls onto a roof along with millions of her siblings. Demeter loves the idea of nourishing life in every form. She quickly washes into the gutter and races to the downspout. The downspout sends her to a rain barrel catchment system, where she stays for a few hours. But the rain event is large, and she soon channels out the overflow, knowing that her sibling raindrops will stay behind in reserve in the rain barrel. Demeter is released from the rain barrel and finds her way downgrade to rest again in a swale system that stops her from going further. A few hours later, though the ground is very moist, she soaks down into the soil, rich with nutrients that were also caught by the swale system. Demeter could stick around here for quite some time to be utilized by the plants or stuck inside the nutrient rich soil particles, but she still has an adventurous streak. Knowing that her siblings will also enrich the life here, she decides to move on. Demeter slowly continues to soak into the soil. After several days, she finally makes it to a large groundwater system. She lingers there for several weeks, but finally works her way out to a local spring miles away. This spring runs downgrade into a small pond that overflows into another catchment system. Here, she finally decides it is time to enrich the life of a plant and once doing so, returns to the atmosphere to make the journey once again. While she could rush out to sea with as much force as possible, Demeter is instead happy knowing that she is repeatedly replenishing life in a system that appreciates her role. After all, her name’s Demeter, goddess of earthly fertility.

As these examples show, implementing responsible strategies reduce the erosive capacity of water by slowing it down, reduce the surge of water into drainages after a storm event, increase the infiltration of water into our struggling groundwater systems, and allow for steady and constant release of water into our rivers. By building up natural reserves at higher levels, we reduce the need for irrigation and ensure that our rivers receive inputs in a more constant and reliable fashion.

So whether you’re reading this on April 22nd or July 4th, know that it is a day for Earth. In due respect to our natural resources, the next posts will be divided into three parts: urban, suburban, and rural strategies for stormwater mitigation.

I hope you find this series educational and most of all inspiring. My intent here is not to dwell on the negative effects of our current stormwater systems, but instead to show the awe-inspiring possibilities and potential of responsible stormwater mitigation systems.

Check out the subsequent posts here: 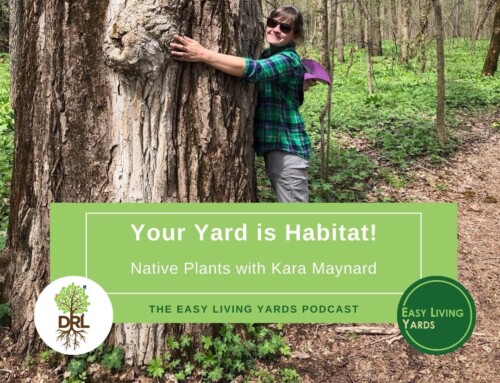 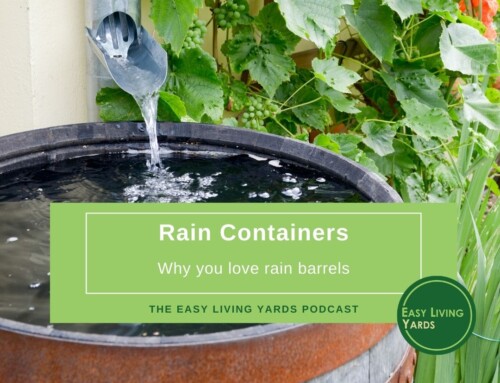 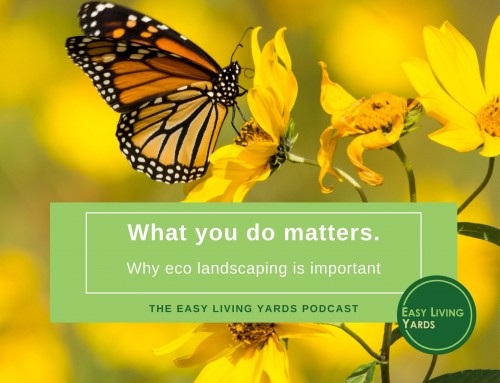 Ecological Landscaping – You can make a difference ELY108 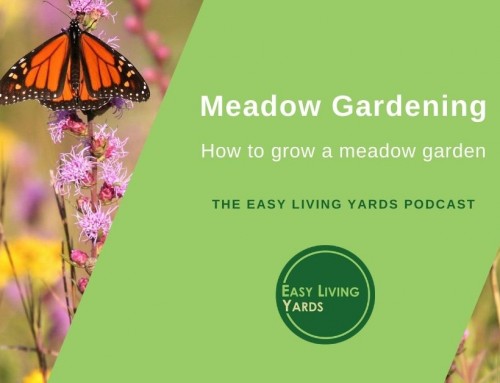 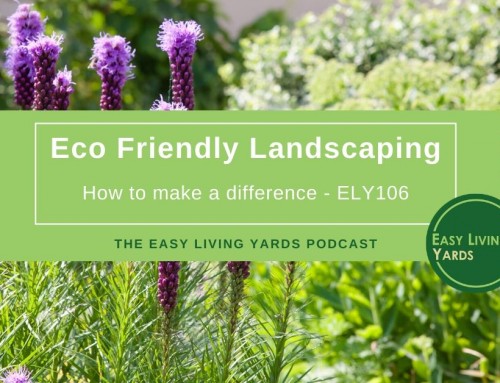 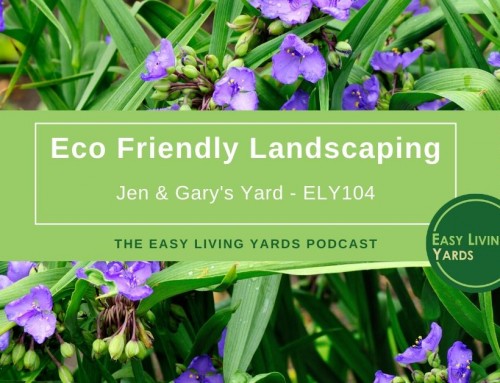 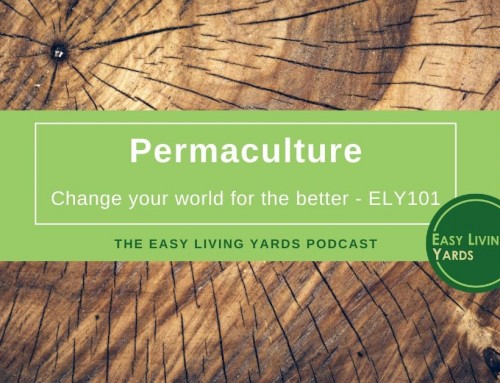 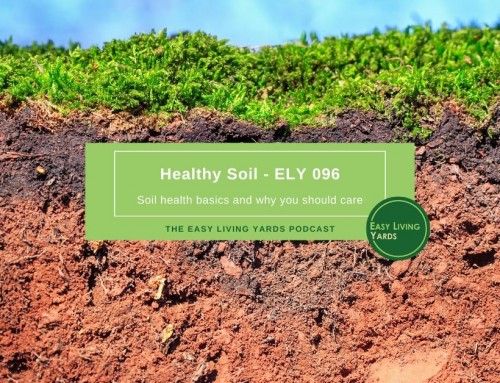 Healthy Soil and Why You Should Care-ELY096 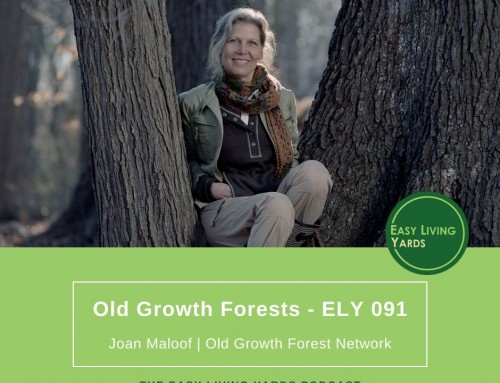